Klara May as a photographer

To celebrate the 150th birthday and 70th anniversary of the death of Karl May’s second wife and museum co-founder Klara May (1864-1944), the special exhibition “Klara May as a photographer” was dedicated to her passion as an amateur photographer.

It featured photographs by Klara May, taken on the two major trips with her husband: the Oriental trip in 1900 and the journey to North America in 1908. Video clips from Klara May’s later America trip in the 1930s were also shown to the public for the first time.

Original plate cameras and turn-of-the-century cameras gave an impression of how much effort and luggage was involved in taking photos at the time. As a result, Karl May was happy to leave the photography to his wife as it was impossible for him to “concern himself with such things, as they take a lot of time and effort, and adversely affect one’s personal independence and mobility to a significant extent.“ 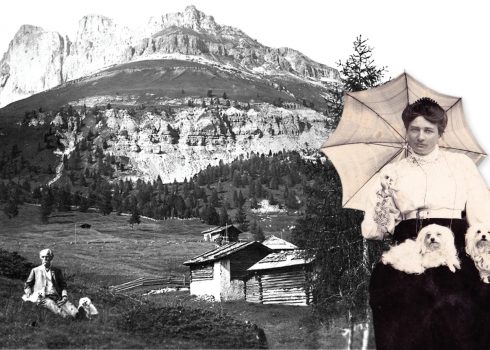 Picture mashup: Klara May and Karl May in Tirol, Austria